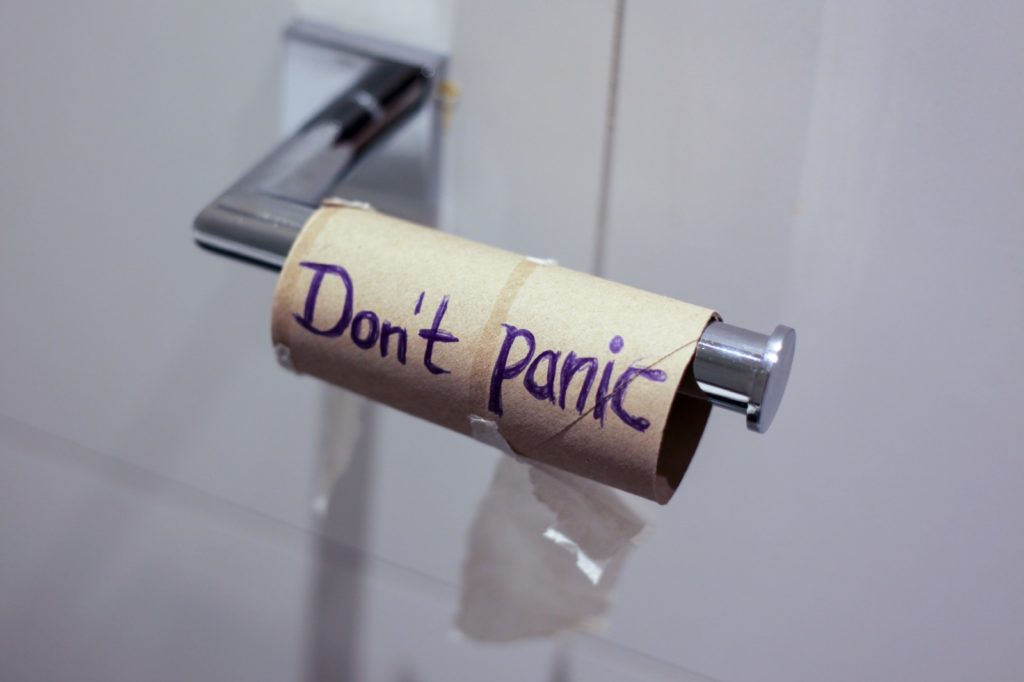 Want to take all the sting out of people doing inconsiderate things? Here’s a mental trick that works explosively well.Want to feel less frustrated by other people? All you have to do is apply the Diarrhea Razor.

Here’s how it works:

If someone does something careless, rude, or hurtful — especially if they are a stranger — ask yourself: is it possible that they did this because they have explosive diarrhea and are trying to get home quickly?

This rule is best used in traffic when dealing with other drivers. If someone is driving aggressively or maybe even cuts you off in traffic, you may be tempted to think that they are a self-important asshole and that they are wronging you personally. But what if, instead, they are just barely keeping their bowels in check and are in terrible gastric distress? In that case, it’s pretty easy to forgive them for changing lanes without signaling.

Did someone forget to refill the printer paper in your office? Apply the Diarrhea Razor and consider that maybe they thought it more important to protect the carpets by running to the bathroom instead of refilling the paper.

The truth of the world is that, sure, sometimes people are shitty (har har har). Sometimes there really is bad intent. But the vast majority of the time there are other reasons for people’s actions.

We have an inborn tendency to attribute too much of someone’s actions to their character and too little to the circumstances they find themselves in. This has been well documented by social psychologists as the Fundamental Attribution Error. If someone cuts you off in traffic, you may think they are a jerk. You may think they are an inconsiderate person. You may think they don’t care about your safety or wellbeing. But our knowledge of the Fundamental Attribution Error shows us that human minds tend to put too much stock into someone’s actions being a consequence of their character rather than just a consequence of the circumstances.

Everyone has their own internal struggles going on that you know nothing about and most people really are doing the best they can given the situation they find themselves in. And sometimes, someone made the mistake of eating at California Pizza Kitchen and is about to have a religious experience in the bathroom.

Those familiar with philosophy and logical razors will recognize this as a version of Hanlon’s Razor:

Now you may be asking: Why give people the benefit of the doubt?

I will grant you, there are definitely people who don’t deserve it. Using the Diarrhea Razor you will certainly occasionally forgive someone who really was just being rude. But like the old Buddhist saying goes: Holding onto anger is like holding hot coals with the intention of throwing them at someone — you’re still the one who gets burned. The Diarrhea Razor isn’t actually about that person or their bowels. It’s about saving yourself from needless suffering, regardless of what actually prompted the actions that caused your frustration.

So — for your own mental wellbeing — the next time you see someone parked a little over the line taking up more than their one spot, consider, they may have been about to shit their pants.