Are Californians mistakenly thinking of COVID-19 risk like a wildfire? 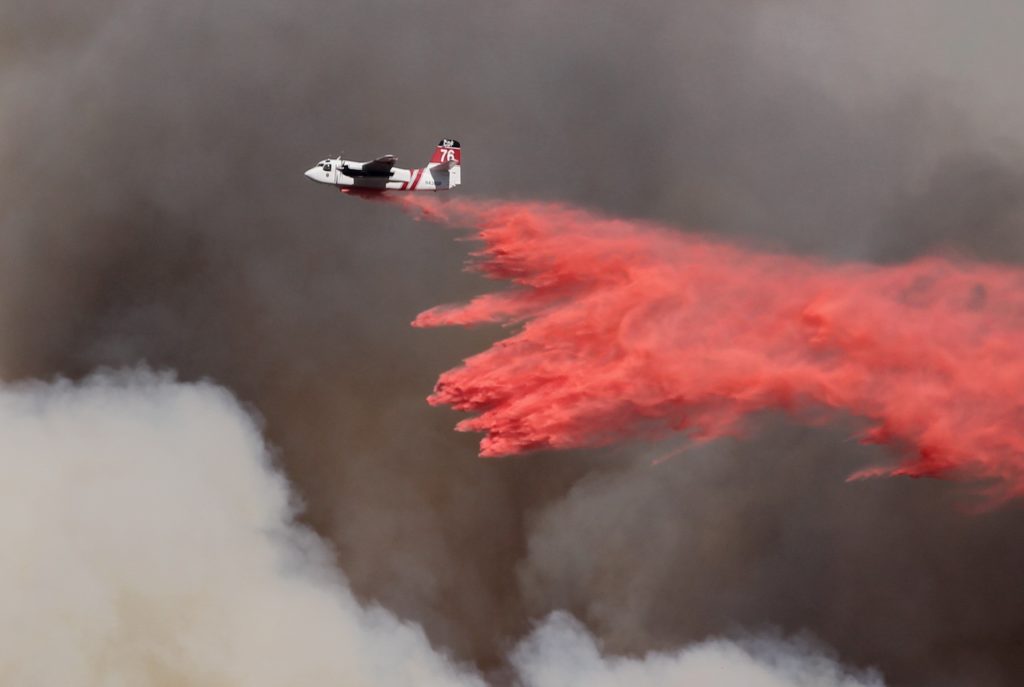 Here in California, we are no strangers to wildfires. It’s perfectly normal for several of our massive forests to turn into blazing infernos and rampage towards towns and homes. It has resulted in the loss of not just property but lives as well. And it is certainly a tragedy, but it’s a consistent tragedy. Wildfires in California happen every year.

Wildfires are such a familiar occurrence to Californians that often make casual reference to smoke season. Not in the sense of “this is the season where there’s the greatest threat of wildfire” but rather that the word Wildfire belongs alongside Fall, Winter, and Spring in our description of the progression of the year. It’s the season where you need to limit your outside exposure and wear an N95 mask to limit smoke inhalation, and where small talk often revolves around how much the wildfires have been contained.

“Hi, how are you today?”
“Doing well. 30% containment today; things are looking up.”
“Yes, but there’s that new fire in Sonoma that is 0% contained…”

’Tis the season after all.

But now I wonder if our familiarity with the type of risk associated with wildfires is affecting the way we attempt to understand risk in the face of COVID-19. Is it possible Californians are misapplying the wildfire mental model to the danger of Coronavirus?

Certainly, there are some similarities between the two dangers. As the COVID-19 outbreak began and I realized I needed an N95 mask. So like any good Californian, I just went over to where I keep my mask for that special time of the year where my state is engulfed in smoke from burning forests.

That said, the danger from wildfires and the danger of the smoke that they produce every year that covers large parts of the state is a consistent level of risk. I cannot transmit smoke inhalation to another person. With the exception of firefighters and state-level response, wildfire danger and danger from smoke inhalation are dangers that are independent of the actions of normal people going about their lives. But in the case of COVID-19, people going about their normal lives is the very thing that will make the virus more dangerous to more people.

After the daily new cases curve started flattening in most regions, many were quick to say it was safe to reopen. And if those charts were showing cases of harm brought about by smoke inhalation or even property damage from wildfires flattening the curve, then yes, we could look at it and say “it’s not getting much worse, we can probably start easing the lockdown”. But that’s not the correct mental model for a virus that is spread by human contact. COVID-19 is spread from person-to-person and made worse by human interaction, even a-symptomatic and pre-symptomatic humans. Which means it’s like if we had a wildfire season, but a large unknown portion of the population are secretly on fire and are catching other things on fire whenever they go out.

Businesses taking reasonable-sounding precautions like taking everyone’s temperature at the door are at best meaningless for a virus that can spread before a person is showing a fever. At worst, these gestures create a false sense of safety that lull people into thinking their health is being protected when it is not.

There is a huge danger in articles like this one a while back from the San Jose Mercury News titled “Coronavirus: Has California hit its peak? When is it safe to reopen?” with the subtitle: “Monday’s numbers could look grim, but one model says the state is past its peak and could reopen May 18”.

Now with May 18th a ways in the past and COVID-19 numbers rising sharply we know that that did not really work out the way they thought. But the biggest problem here isn’t their forecast, it’s the implicit assumption that being “past the peak” means it’s safe to reopen or resume contact. Once a wildfire is contained, it is often downhill from there, but that doesn’t mean it’s a good time to go have high-risk campfires.

Thinking that there is a peak, after which the danger has lessened, is wrong thinking and is self-contradicting. You cannot be past a peak if being “past the peak” is used as justification to start reopening and spreading COVID again — it will just have been a small blip on a much bigger peak.

During times like this media outlets and journalists have a much higher responsibility to be competent in at least a base level of understanding statistics and risk, especially if they are reporting on statistics and risk in a situation that is literally life and death.